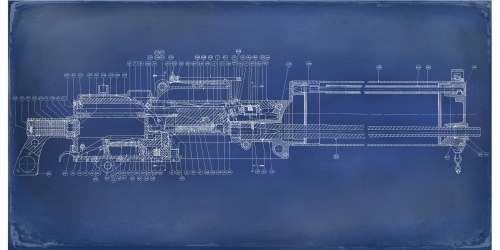 300 kilometers on, still south of Gdańsk, Egor walked into the darkness, just before dawn. When we woke, he was gone, leaving a small fire where we could warm ourselves and cook some breakfast.

Georgy first met Egor before his injuries, when they joined the volunteer corps of Roman Abraham. They both served with Bolesław Zajączkowski, fighting the Soviet 6th Cavalry during Budennyi’s assault on Lwów in 1920. This was Stalin’s campaign, the campaign that diverted reinforcements meant for Trotsky’s siege on Warsaw. This was where the Soviet invasion broke on the Polish resistance, putting an end to their drive for Germany, and keeping Poland out of their hands for almost two decades. Zajączkowski, a lawyer who had served as a reserve officer for the Hapsburgs in the Great War, and later against the Soviets, was respected, and experienced enough to lead soldiers, but he was not a professional soldier himself. And all of those with Zajączkowski were virtually schoolboys, students in their first fight.

On a hot summer morning, about 30 kilometers outside of Lwów, at a village called Kutkorz, Zajączkowski led 330 of these newborn schoolboy soldiers to take a machine gun emplacement and so seize a train station held by the Soviets. An entire division of Red Cavalry counter-attacked, charging the position at the station again and again, eleven times that day. The boys didn’t give. By dusk, with his force out of ammunition, Zajączkowski ordered a retreat towards Lwów. Three Soviet airplanes cut off the retreat, catching them in the open, machine-gunning them for above. Zajączkowski rallied what was left of the schoolboy-soldiers around a railroad lineman’s hut, where they faced the final cavalry charges with sabers and bayonets, until no one was left armed or standing. Zajączkowski killed himself to escape the last humiliation. Eleven others evaded the cavalry in the dark, including Georgy. Egor did not escape. He lay among the dead, shot and lanced, but alive. Enraged by the resistance and by the delay, the Soviets killed any survivors they found and fired the hut. Packed in with the dead, dehydrated, and maddened with shock, Egor was being burned alive, until the mass of the bodies around him smothered the flames. The next morning, covered in blood, black with ashes, burned, stinking, and crazed, he limped back into the Polish lines. Out of a force of 330, he was the twelfth and last survivor, a hero of the Republic, and from that time on, a scarred monster.

After that, the road was his home. He walked it, and had for several years. He knew where there was shelter, and food, and sympathy. He wouldn’t be indoors. His injuries had not healed properly and he smelled badly. He no longer knew the smell for himself but he knew, because others would flinch from it, that he smelled rotten. He would collect his urine in a tin cup, and boil it to reduce the piss to a thick solution. To keep the rot of his wounds in check, he would expose the corrupted flesh to the sun when he was alone, spreading the acrid syrup on his wounds to sterilize them, waiting for the flies to lay eggs in the sores. The eggs would hatch and the maggots would eat any rot, and slow the spread of his corruption. This he bore without complaint, but he could not share the shame of it and spent most of his time alone. Along the road people knew him from the Battle of Zadwórze, that he was one of the boys who broke the Soviets at Lwów, humiliating the renegade Stalin. Old soldiers along the way saw that Egor was taken care of a little.

This was the story Georgy shared as we walked into Gdańsk. Weeks later, I saw Egor’s army dagger among Georgy’s things.