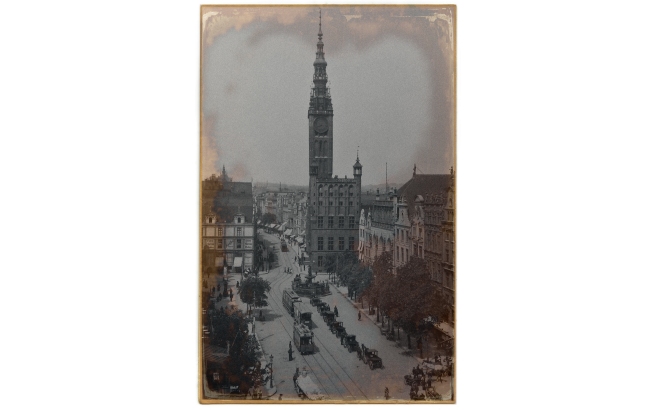 Gdańsk was Polish in name only. Even in a city administered by Poles, Georgy explained, once there it was best we passed for Germans. We would be less conspicuous as Germans. Until we found a boat to take us south to France or England, we lurked in Gdańsk, sleeping in the open, evading the police, cadging food. And, with patience and a good deal of charm, in a week Georgy found such a boat, a collier, carrying Silesian coal bound for France. France, Georgy explained, was open to the immigration of foreigners. We could travel there without visas, and without much documentation, as long as we were honest with the French officials when we arrived. I knew no better, and Georgy had led our campaign so far. He knew people there. I would go to France and be a photographer.

I don’t know what Georgy did to arrange our passage. Whatever he did, it was efficient, and uncomfortable. When we reached Le Havre, weeks later, I was much thinner and dirtier than in Poland, but I still had my small stake of money. (In Gdansk I learned how to exchange my few złoty for some French francs, but with the effect of the coup all around us, I do not think I made a good bargain.) In Le Havre, Georgy took me around to a market for used clothes. I replaced my filthy suit of clothes with a woolen jacket and vest and carefully-patched corduroy trousers. I needed a belt for the trousers because of their size, and the woman in the market gave me a badly-worn one for nothing, just to sell the trousers. I also bought two blue shirts like the labourers wore, and a neck scarf, a cloth cap, linen and socks. I didn’t have enough for new boots or a coat, but the weather was warmer and I thought I didn’t need a coat for the time-being, and my boots would have to do. When I was finished in the market, I looked more like a French workman than a starving Polish shop-clerk.

Later that day, we walked out of town along the river, where the bargemen working the barges meant for Paris were arranging their loads. Georgy, once again the diplomat, talked us into work on a diesel barge – the Estelle – wrestling crates and bags below deck for Belgians, in exchange for a spot on deck among the parcels to sit and sleep. I remember the trip to Paris walking the path with the teams of horses and carters that towed the Panama barges, practicing a few words of French with the carters, savouring the spring weather, often outdistancing the diesels during the day – or on deck, laying on my back and gazing at the stars; that, days of grumbling diesel engines, and nights of hunger.

Once in Paris, I learned to follow my nose.